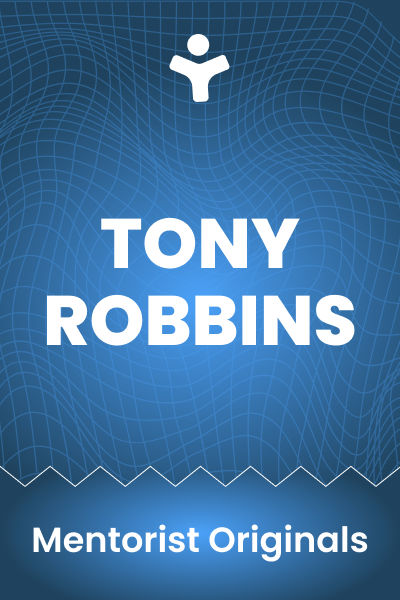 Tony Robbins is one of the most famous life coaches. He literally transformed the lives of thousands of people with his books and seminars. His best selling book, Awaken the Giant Within, is still a very popular book, even 25 years after publication.

He is a founder of several companies, with approximately $6 billion annual sales total.

Tony Robbins has about 60 speaking events per year, some of which, last a few days. He is a guy who has a very high energy level. But in order to maintain this energy, Tony designed a special morning ritual. It makes him more energetic, happier and boosts his productivity.

His morning ritual lasts under 30 minutes, but it’s very intensive. It has such elements as a nutritional supplement, meditation (he actually calls it “priming”), workout routine, and sauna-to-cold-plunge combo.

The first element of his morning ritual is an adrenal support cocktail.

Priming - the Most Important Element of the Morning Ritual

How many times do you wake up in the morning and find you don’t feel like doing anything? No matter how many cups of coffee you drink, you still are neglecting the work you need or want to do. This is where priming can help you.

“Our thoughts, feelings and emotions can be primed by factors we’re not even aware of, which greatly impacts our performance in other aspects of our lives.”

A very good explanation of how priming works come from an experiment conducted by Yale University in 2008 using a hot and cold cup of coffee. They asked undergraduate, test subjects to hold a cup of hot or cold coffee for a moment. 30 minutes later they told the subjects a story with information about the personality of an individual. The subjects were asked to assess the personality traits of the individual. The ones who had held ice-cold coffee, assessed the individual’s personality as significantly colder, compared to those who had held hot coffee.

If the temperature of a cup of coffee has the power to influence individuals, how much more will this morning routine influence your entire day?

Every day, do the exercise called "priming".
Focus   1

The workout routine is designed in such a way, that he gets the most out of it in a very short amount of time. His workout lasts only 15 minutes, but it’s very intense.

Tony Robbins eats healthy. His meals are focused on providing him enough energy during the day. His personal trainer - experienced in training top athletes - helped him to design what and when to eat.

In previous chapters, we already talked about his cocktail and breakfast. Let’s look at the other meals he has.

Have a mid-afternoon snack - a protein shake.
Diet

“Emotions are everything. Success without fulfillment is the ultimate failure.”

Tony Robbins believes, that the measure of your success is emotions.

An achievement will not make you either successful or happy. What’s important is to first recognize what are your core values, and then align your lifestyle to them.

Focus on building a business that adds value to the world.
Startup development

Find a model that will help you to reach success.
Startup development

Become an expert in your industry
Organization   5

Habits That Made Him Successful

Tony Robbins is a great business strategist, who helped millions of people to get well financially and have a great relationship. His books are best-sellers and highly rated. In terms of financial success, most likely he is the most important person who influenced and inspired people to create successful businesses.

Here we have a few more very important habits, that made him successful, and that he teaches other people.

Give back.
Life philosophy   6

Choose the right partners in business and relationship.
Startup development