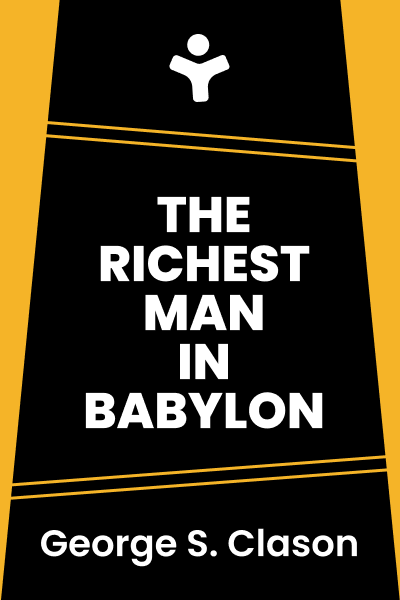 The Richest Man in Babylon

The Richest Man in Babylon follows the Babylonian people. Wanting to become wealthier, they seek advice from Arkad, a local man who is considered to be the richest in the city. The story in the book is based in one of the wealthiest cities of the ancient world, Babylon.

Seven Cures for a Lean Purse

“Tell me, Arkad, is there any secret to acquiring wealth? Can it be taught?"

The king of Babylon is worried because there are only a few wealthy men in the city, while the majority of the people are poor. He asks his Chancellor why so few men become rich. The Chancellor discerns that it is because the rich men have a better understanding of money. The king wonders whether other people could also be taught to find their way to wealth. The Chancellor suggests that Arkad, the richest man in Babylon, could teach people the secrets to acquiring wealth. Arkad offers the king Seven Cures for a Lean Purse. His teachings are based on the ways in which he became rich.

The Fourth Cure — Guard Your Investments Against Loss
Investing

The Seventh Cure — Increase Your Ability to Earn
Self-management   8

The Five Laws of Gold

“Gold is reserved for those who know its laws and abide by them.”

After the richest man in Babylon, Arkad, dies, the legacy of his wisdom lives on through his son Nomasir and the people he knew. An old acquaintance of Nomasir presents the Five Laws of Gold to a group of students eager to hear how fortunes are made. The legend says that Nomasir was more grateful for this wisdom than for any amount of gold.