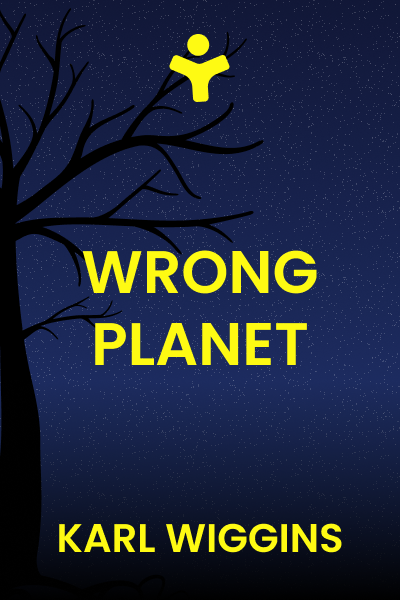 Wrong Planet - Searching for your Tribe

We are experiencing an increased intensity of energy in diminished and more concise time periods, which is why more and more Wrong Planet tribes are gathering—people who don’t fit inside society’s norms. Searching for Your Tribe is a book for Wrong Planet people who wants to join, create, and connect with their own tribes. By doing so, they will be able to live extraordinary lives.

“A Rag, Tag & Bobtail could never, ever take the place of a Scamp.”

There are two kinds of people: Carefree Scamps (or Wrong Planet people); and Rag, Tag & Bobtails.

Carefree Scamps are those who do things unconventionally. They don’t do the work they get in the same way as others, but that doesn’t mean they don’t do it right. In fact, they are much more valuable because they find new ways to make something unique.

They have a mind that is hardly comprehensible to most people and often appear to be on a different planet. They don’t follow the crowd or the norms—they follow what their identity wants to follow. This gives them a feeling of belonging somewhere else.

Despite their unique way of thinking and creativity, they often struggle with other people, relationships, jobs, etc., because they deal with those that are not Carefree Scamps. They deal with Rag, Tag & Bobtails.

Rag, Tag & Bobtails may manage to do life better—they have better salaries, jobs, relationships, and so on. But they may not know how to live. They rarely push anything to the extremes or enter unconventional fields.

If you consider yourself a Scamp, you’ll have many enjoyable connections, adventures, and overall: life. In other words, Carefree Scamps are those who don’t fit in.

The Life of Wrong Planet People

We sometimes have to face danger and discomfort. But if you are a true Wrong Planet person, you have to endure those because you’ll be rewarded with something far more potent in the long run.

Sometimes it may seem like we're going in the wrong direction, especially when we make bad decisions, but in reality, the opposite is true.

We may feel that we made the worst decision in our life. But every decision opens another door. That door can lead to a new career, a relationship, or to our tribe. Ultimately, there are no good or bad decisions—they are just doors.

As a Carefree Scamp, you can live the way you want. Let it be #vanlife, backpacking, or just living a really simple life. It is entirely up to you.

Searching for Your Tribe

“Don’t grieve. Anything you lose comes around in another form.”

You don’t always have to travel a lot to find your tribe—you can create it.

Simply put, you vibrate at a higher frequency than most people. To make the most out of your life, align with those who vibrate at the same pitch as you. This is far better than decreasing your frequency just to fit in with people not aligned with who we truly are.

“Rag, Tag & Bobtail hate our boldness. They hate that we tend to own all that we are; Without remorse, without regret, without explanation, without the whys and the wherefores AND WITHOUT MASKS.”

Certain Rag Tags—who love trying to uncover what is wrong with you because they can't bear what is right about you—will always hate Wrong Planet people. They appear that way because Rag Tags need to believe in themselves more. Blowing out another person's candle won't increase the brightness of their own.

You must realize that occasionally, people will dislike or even hate you, and it's crucial to be conscious of this. “Shapeshifting" to appease others is the biggest injustice you can do to yourself. Even around someone as phony as this, it's exhausting and crippling, but ultimately, it's absurd.

Why would anyone, not even a Rag Tag, try to pass themselves off as something they are not? They are attempting to conceal their darker side by putting on an act of respectability. They despise you because you don't act in the same way. They experience an internal sense of emptiness and aridity. They stay in the desolation of other empty people.

The fight that is going on in them isn’t against you—it’s against themselves. This is the reason they hate you. They constantly live in fear of being discovered. Scamps, however, are the exact opposite. Even though they also have fears, they know what they are, and they live there despite wearing their hearts on their sleeves.

They live without masks.

Take off your mask.
Life philosophy

“We’re not of the same tribe. You have your tribe, and I have mine.”

Carefree Scamps are aware of their inevitable fate. In contrast, Rag, Tag & Bobtails are unaware of their fate, or they simply accept it for what it is. But even though they frequently stumble upon their predetermined future on the very path they took to avoid it, those who believe they may have been born on the wrong planet are in control of their own destiny.

There is no such thing as a collective tribe, as every Carefree Scamp has its own. Fate will help you find or create yours.

It will be clear to you which direction your life should go when you look around to see what is happening. Even though you may occasionally tend to howl at the moon, you'll accept it if you value your talent and, above all, have a desire to live a life free of restrictions. You also must be brave and possess the courtliness of true Wrong Planet individuals.

Friends Outside of Your Tribe

“ ‘I never knew whether I was drawn to eccentric people or if they were drawn to me.’ Dean Koontz”

Your tribe's members won't all be oriented with one another. There aren't 10 or 1000 or 100,000 of you in one tribe who have coexisted, labored, and fallen in love for countless reincarnations.

In this context, "tribe" does not mean a sociopolitical organization composed of numerous families, clans, and other groups connected through ties of descent from a common ancestor. Instead, it refers to a group of individuals who, despite being fully incorporated into Rag Tag society, share a particular "something."

When you're young, you often imagine that you'll be friends with thousands of people. Some of those people may just tag along with you, but you'll hook up with many people for the most part. As you get more mature, you begin to realize that it only occurs occasionally.

You will come across individuals who, while being drawn to you, are unquestionably not members of your tribe, and this is fine. Keep these people close when you find them because they belong to your clan.

Keep your friends in your clan.
Life philosophy

“It’s perfectly acceptable to live a life others don’t appreciate.”

There's a good chance you're a Scamp if you've ever desired to live outside of society, follow your own path, have experiences that few others have ever had, and return home with tales and stories of far-off lands.

If occasionally the dull and uninspiring nature of your 9 to 5 existence has sapped your enthusiasm for whatever it is you were doing, and you have quit and never looked back, then you may very well be a Carefree Scamp.

Look for people who don’t fit in.
Life philosophy