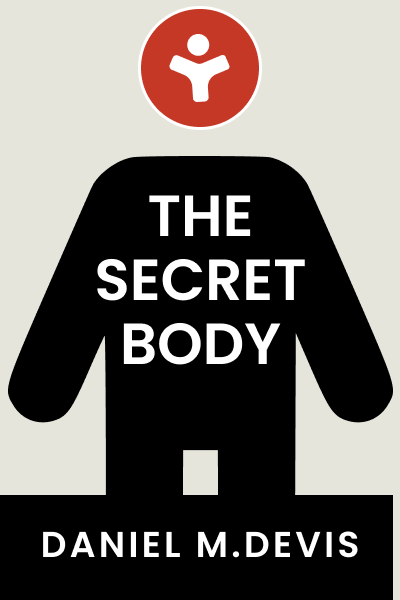 The Secret Body: How the New Science of the Human Body Is Changing the Way We Live

The Secret Body: How the New Science of the Human Body Is Changing the Way We Live unlocks the mysteries of our bodies and minds by analyzing and presenting cutting-edge technologies and revolutionary medical advancements. What was once considered visionary and far-fetched is now becoming a reality. Truths about human biology and physiology are revealed through tackling issues such as genome sequencing, gene editing, and IVF treatments. The P4 medicine will revolutionize patient care and disease prevention, which will have an immensely positive effect on people’s quality of life in the future.

The Start of Us

“It’s been estimated that by the year 2100, around 1–3 percent of all humanity will owe their lives to reproductive technology.”

In vitro fertilization (IVF) represents one of the most groundbreaking medical advances in the history of humankind. It involves a series of treatments and procedures used to assist people with infertility.

Assisted reproductive technology has helped thousands of people who have struggled with infertility to become parents.

During IVF, eggs are retrieved from the female patient's ovaries and later fertilized by sperm, and an embryo is created. The fertilized egg is given the time to grow in a broth in optimal conditions for the embryo's development.

The embryos that continue to divide for over five or six days have a significantly greater chance of survival. In fact, embryologists are highly capable of assessing the quality of an embryo, which is considered a remarkable medical achievement. Artificial intelligence has also been used to assess the quality of embryos. The software which is used is based on an image-recognition system. Namely, 12,000 of both poor and good embryos have been uploaded to the system in order to be deeply analyzed by AI based on their textures, sizes, and shapes.

Although it might be a shocking notion, early human embryos often contain both normal and abnormal cells. However, more often than not, as the embryo develops, the abnormal cells die.

Embryonic stem cells can be “isolated, grown and manipulated in a lab dish.” This is of great significance because they might be used for replacing or restoring damaged tissues.

To avoid genetic variations that may lead to physical and mental difficulties and diseases, scientists screen embryos by obtaining a biopsy. Sometimes hard and life-altering decisions have to be made, while the embryos remain frozen.

It is immensely important to educate the parents to distinguish between life-threatening conditions and conditions which are not harmful, such as deafness.

IVF has made a powerful impact on humankind and is believed that by the end of this century, at least 1% of the world population will exist due to assisted reproductive technology.

“As any science matures, new policies must be developed. This will be especially important when it concerns such a vital part of our daily lives: what we eat and drink.”

With every scientific advancement, we manage to gain a more sophisticated understanding of the human body.

Obesity, which is a serious medical problem, causes numerous health problems and significantly lowers the quality of a person's life. There can be several contributing factors to becoming obese: poor or unhealthy diet, little physical activity, genetics, etc.

When trying to lose weight, people often follow widely accepted diet plans. These diets often warn people not to consume foods with a high glycaemic index, which is linked to their effect on their blood sugar level because they cause short spikes in energy.

Contrary to this, foods with a low glycaemic index prevent people from craving more food because the energy is released more slowly.

However, things are more complicated than this. Different organisms react differently to the same food and drinks because a person’s microbiome is unique.

Before going on a diet, use the medical advances which are currently available to you and consult a medical professional or a nutritionist.

Find the best diet for you
Diet

Gene sequencing is a process that involves determining the order of the building blocks (adenine, thymine, guanine, and cytosine) in our DNA.

However, identifying these building blocks was not enough to understand how they form a human being or even a cell. A more holistic approach was needed.

That means that biologists, computer scientists, and mathematicians had to team up and work together on DNA-sequencing machines.

The results of gene sequencing have been unprecedented. Gene sequencing gave rise to what is known as P4 medicine: Predictive, Preventive, Personalised, and Participatory.

P4 medicine has opened the door to a revolutionary approach to tackling diseases. It will give medical professionals the opportunity to identify diseases before they even occur, and as a result, it will either save people’s lives or greatly improve the quality of their lives.

By reading the patients' data, doctors will be able to help predict and prevent diseases. A person's genetic profile will be used for developing personalized medicine which will prove to be the most effective way to tackle diseases in the near future.

Get your genome sequenced
Overall health