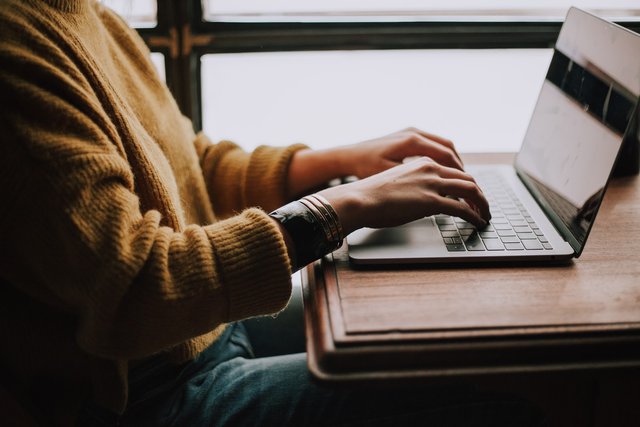 We’ve often heard the media talk about the “millennial” generation who they paint as being the “lost” generation who are seeking meaning to their lives and are against the old ways of doing things. Firstly the millennial generation (which I’m a part of) are a group of people who were born between 1981 and 1995.

This diagram below  shows this in the UK context and goes a little deeper into the other generations: 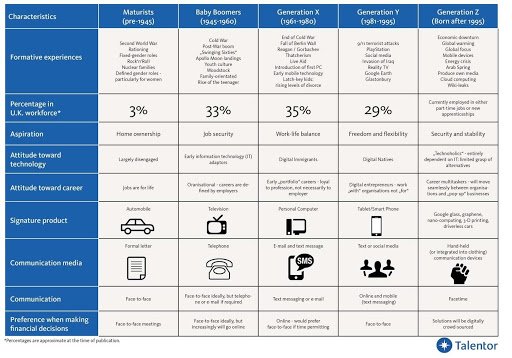 From the diagram you can see how we’ve developed as generations and gives us context into why the previous generations want what they want from the next generation. The former always wants the latter to emulate them because their way of life is the only way of life they know. The truth however, is that the stagnation of adulthood will always be destroyed by the exuberance of youth. So old ways always give way to new ones and this has been true in history because we are an advancing species. This is why we are dominant on the planet. Look into the diagram and gain some insights for yourself.

I also recently watched a documentary on Netflix called “The Social Dilemma” that spoke of the dangers of social media and how all the built-in AI have algorithms that are learning our behaviour at a fast rate, to be able to learn what to give us. This was a very chilling documentary which I urge you to watch but what stood out for me for the purposes of this article, is the rise in computing power over the years that has now added to how fast our society is and will be evolving over time. This image below shows how we now have way more data than what we are able to compute: 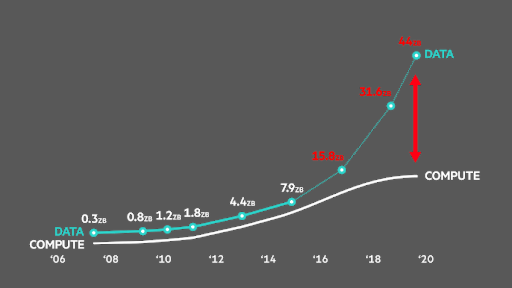 Intels co-founder Gordon Moore created a theory called “Moore's law” in 1971 that predicted that the number of transistors we can pack into a microchip would double every 18-24 months. This has been the case decades later where we’re able to pack more power into less and less. To put it into perspective what we are experiencing today is a 1 trillion-fold increase in computing performance from 1956 to 2015.  Another image below shows this modern day growth: 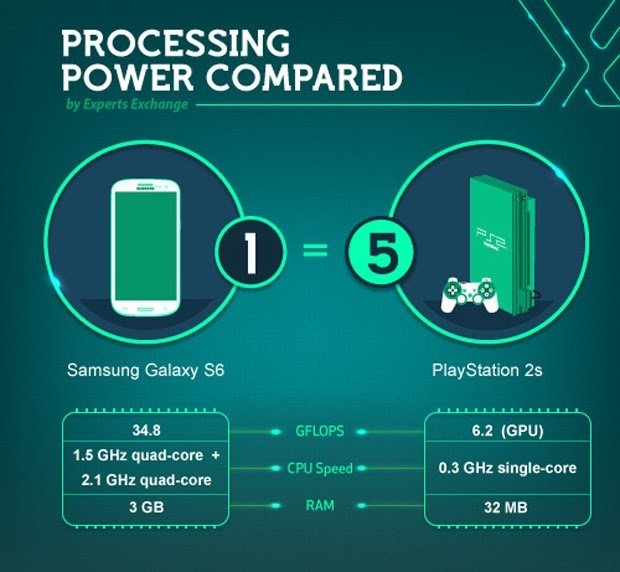 The Galaxy S6 is more powerful than the PS2.

The question now is what does this mean for society? You walk around life and you’re seeing more and more children below the ages of 10 being raised knowing how to operate a cell phone before they can do many other things. I was puzzled when I saw my 3 year old niece being able to unlock my cellphone and identify that it was still locked when I acted like I had unlocked it. I was also disturbed by how much time my youngest sister who is 13 spends on her cellphone. She forms part of generation Z who are highly technologized.

What happens when you mix this new generation, with this exponentially increasing computing power with all the needs our society has? You get a world that will struggle to keep up with its progress. Our accelerated exponential growth is a double edged sword because our world has not been able to adapt to these changes.

I gave a keynote speech at a university/college in 2020 where they had asked me to give them insights into the future of learning so they can prepare their courses as they have started to see less and less enrolments over the years. They were shocked when I told them that 65% of primary school children are going to be doing jobs in the future that don’t currently exist today.

This poses a challenge for our ideas of education and skills development. During my talk I made it clear that regardless of what I tell them, all that becomes old and outdated every second from when I finish my talk. They are caught in a system built on baby boomer and generation X philosophies that no longer cater to the kids of today. I also told them that degrees as we know them are becoming more worthless by the day due to the rapid changes of our society and COVID-19 has simply accelerated that process. We have kids that are over exposed before they leave high school only to be taken to an outdated tertiary institution that now will train them for a world that no longer exists. This is why our societies will continue to see more graduate unemployment.

Cal Newport spoke about “career capital” in the book “Be so good they can't ignore you” which he said are the skills you have that are both rare and valuable that can be used as leverage. This stood out for me because with a rapidly evolving society, comes a need for immediate skills which means that companies will be forced to change the way they seek out, attract and retain talent. I think that companies that can accept the age of turbulence we live in and can make themselves as flexible as possible to accommodate and attract the best young talent, will set themselves up for massive winnings in the future.

My analysis is that the need for skills will drive our rapid society going forward and the degrees will become nothing more than accessories and nice-to-haves which is a vast contrast to how life has been over the last couple of decades. The generation Z’s are here to take over, and we’re either going to learn from them or we are going to suffer the extinction of the dinosaurs.

I wanted to write some points of advice for individuals, universities and companies reading this today, so they can successfully ride the wave the world is taking us on and maximise on this concept of career capital.

As an individual it comes down to understanding that you have to think long about the kind of life you want to build over a period of time. And this will mean that you open yourself to growth more than focusing on money learning things nobody is willing to pay you to learn. It’s about being able to expose your system to as many data points as possible so you can make new connections - connecting the dots in real life to find new pockets of value that people need. This means that you must be a person that is constantly learning; learning doesn't stop when you graduate, but learning is a constant process that must continue with you for as long as you live. This will ensure you’re always able to evolve with the times. Gone are the days of working at a company for 20/30 years, because companies are retrenching more people than they ever have been so your goal is to make yourself indispensable to whoever you work with/for. Keep earning your stripes and keep adding to your credibility.

When it comes to universities/colleges, at my keynote speech I told them they are going to have to adopt a hybrid model that will allow them to do what they’ve been doing in terms of qualifications but mix that with elective courses that allow students to learn skills from outside people that are officiated by the institution. What I see is that institutions are going to pivot in using their brand names in order to officiate and certify new learning techniques and less being the people that provide the information and knowledge. With less people physically attending classes due to COVID-19, this change I speak of will become more necessary. Those institutions that fail to innovate, will die because they will lose relevance. They will become museums of the future.

Companies will have to accept that the concept of grading people on degrees will have to be adapted because it will eventually die. Companies are now put in a more competitive arena in that, now, due to more globalization and moving to a one world government, they will be competing with more companies and they will have to have the best people with the best systems and innovations to stay ahead. This means being able to attract and retain the best talent and this will mean they will have to change how they identify talent.

The companies that can let go of expecting 4 year degrees and some years of experience to hire somebody, in order to adopt new ways, will be ahead. I have seen a few companies around the world starting to accept short online courses people do on sites like Udemy as acceptable forms to display skills and talent. I think the simpler and easier this process can become, the more companies will attract generation Y and Z candidates. It’s all really about looking at the world and letting go of generation X tendencies in management that keep progress at bay. I also think companies that are able to quickly promote ambitious and proven young candidates to positions of power will set themselves up to win. The kids have the keys.

The world is going to be a fast and exciting place to be for those people who are able to remain flexible, hungry and open to learning. It will be a devastating place for people who refuse to accept that change is the only constant and are dependent on stability. The new stability is accepting that there is no stability! 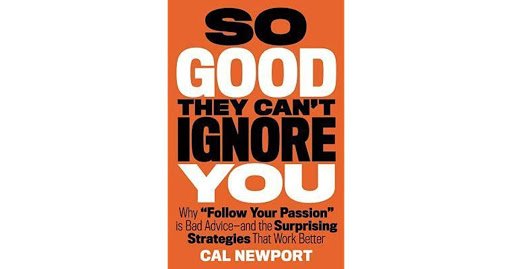 Follow us on Instagram, tag us and let us know if this article helped you and download the Mentorist App for more information on how you can add action behind the ideas of other books as well as this amazing book - “Be so good they can’t ignore you” By Cal Newport.