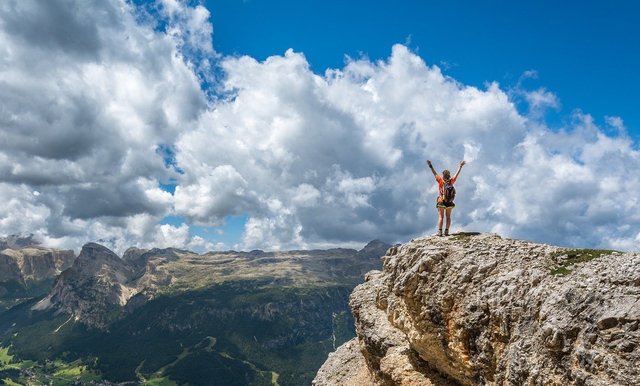 The Power of the Mind

Everyone who has ever read a book such as Think and Grow Rich or Awaken the Giant Within knows how powerful the mind can be. If you have ever listened to a good audio course, or you have spent time meditating, you’ve felt this inspiration. You’ve felt how much power you have inside yourself. And it’s true; you are powerful. You really can do anything. You are good enough. However, to wake up this hidden energy within yourself, you will have to prove that it exists.

Why is that? Who you are is the image of yourself designed by your subconsciousness. And your subconsciousness takes all your experiences from the past, your values, and your desires to create this image. That’s why staring at yourself in the mirror and repeating, “I’m good enough,” simply won’t work. You don’t want to be good enough only when you are in front of yourself. You want to prove to others that you are good enough.

The Power of Your Relationships

So how do you become “good enough” in front of people you know? The next time you’re with your co-workers or boss, do something that will add one more brick to the castle of your self-worth. For example, take full responsibility for something that you wouldn’t normally take on. Or even better, when someone underestimates you, prove them wrong.

The same rule applies to your dreams of being financially independent or traveling around the world. Start telling your friends that in three months you will create your own company, for example. And then prove to them that you will do it.

The people you interact with are the strongest force acting on you. This force can push you to become a completely new person, or it can hold you back. Don’t underestimate it! If your friends believe that one day you will be rich, this belief will cause you to do everything possible to avoid disappointing them. If your coworkers undermine you… then it’s your choice how to handle it. Will you prove them wrong, or will you simply accept it?

Sometimes, the Easiest Option is to Change the Environment

If who we are is mostly defined by the people we interact with, then why don’t we simply meet some new friends and prove our worthiness? Some time ago, I joined a Toastmasters club. Toastmasters is a public speaking club where you learn and practice public speaking and apply the skills required to become a leader and mentor. Joining this club is one of the best decisions I ever made because it helped me redefine myself. This only occurred because the members were so supportive and truly believed that everyone can be a leader. By making small improvements over time, I became the person I always wanted to be.

These small steps were important to slowly change how I perceived myself. However, the most important element was the group of people that saw a leader in me. And I worked my hardest to prove them correct.

Here at Mentorist, we want to make things actionable. Theory for the sake of theory is useless.

As an entrepreneur, I have realized that this piece of advice is the single most effective way to grow who you are. So, just be it.

Written by
Greg Swierad
The founder of Mentorist, with 10-year of entrepreneur experience and self-help book addict.